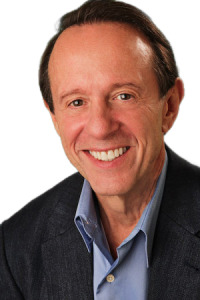 Larry Chiagouris has been called “a branding guru”, an “All-Star marketing strategist”, and “a consumer behavior expert” by the media.  His opinions on modern marketing practice have appeared in hundreds of media outlets throughout the world, including the Today Show, Fox News, andThe Wall Street Journal.  He has authored more than 50 articles and books including Branding on the Internet, one of the first articles addressing the Internet and the branding of products.  He is one of the few marketing executives who, over the course of a career, has held senior positions in advertising, public relations, and Internet marketing.

He currently holds an appointment at the Lubin School of Business of Pace University in New York as a Professor of Marketing where his interest in the topics of personal branding and career development were first developed.  He has lectured to thousands of students and executives for more than 25 years on best practices in marketing and advertising.

His extensive business experience spans both senior client and marketing services assignments.  As a senior consultant at BrandMarketing Services, he has been responsible for directing business building assignments for startups as well as leading brands, including Campbell Soup, Miller Genuine Draft, Pfizer, Prudential, and Visa.  He began his career at AT&T, collaborating with Bell Labs scientists to accelerate its innovations.  He has held executive positions at Silicon Valley startup eCode.com, the Starz Encore Media Group and major advertising and public relations agencies, including Creamer Dickson Basford, Grey Advertising, Bozell, and Backer Spielvogel Bates Advertising.  He has contributed to the development of some of the most memorable marketing campaigns of the past 20 years, including what may be the longest running print campaign in America, the Milk Moustache campaign.

He is a member of the Marketing Executives Networking Group, the American Association of Public Opinion Research, and the National Association of Colleges and Employers.